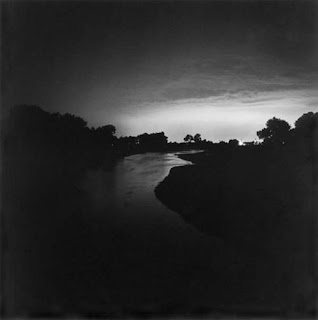 It’s a good sign that it is difficult to talk about the album as individual tracks - each piece feels part of a whole, and as you near the end, it rises to a crescendo that turns a feeling of slowly moving through melancholy into a sudden, sinister squall. There’s something deeply mesmerising about the careful pace and creeping sense of a climax that so many Scandinavian musicians seem to inherently possess. Of course, it’s not his nationality that makes Arnalds so hypnotic, it’s his natural talent for being able to convey a mood and convert it into something the feels timeless, all within the confines of a relatively short piece of music.

Though occasionally wanting for sonic complexity, Ólafur's simple, transcendent composure lends every inching phrase a delicate, intricate poignancy that displays a free honesty in short supply throughout lives and record collections countrywide. The Icelandic composer tempers his mellifluous nature with chirping idiosyncracies, while remorseful minor tones wallow like prison inmates trapped inside their cells during a flood.Another Happy Day creeps you out, sucks you in and gracefully spits you back again, with a renewed sense of comfortable discontent.
Publicado por Toxinho en 7:29